Ayala’s net income grew 56 percent to ₱16.3 billion in the first semester of 2022 mainly due to BPI’s higher revenues, reduced provisioning, and gain from a property sale, Ayala Land’s strong leasing revenues from shopping centers and hotels and resorts, and Globe’s higher revenues and partial sale of its data center business.

“Our group’s performance in the first half reflects the momentum of the country’s reopening. This is particularly evident in our cyclical units, Ayala Land and BPI, which significantly rebounded in the second quarter amid revitalized mobility and consumer confidence,” Ayala President and CEO Fernando Zobel de Ayala said. “However, Ayala is cognizant of the current macroeconomic headwinds that have impacted our businesses in varying degrees. While this is the case, we believe that there is still growth to be realized for the rest of the year with what we are seeing on the ground,” Mr. Zobel added.

BPI posted a net income of ₱20.4 billion in the first half, expanding 73 percent from a year ago on higher revenues, lower loan loss provisions, the impact of a gain on sale of property, and tax adjustments due to the CREATE law.

Total loans expanded 14 percent to ₱1.6 trillion in the first two quarters on the back of growth in all segments, led by corporate, credit card, and autos that increased 16 percent, 16 percent, and six percent, respectively.

Total deposits increased 18 percent to ₱2 trillion in the first half, with CASA increasing 13 percent to ₱1.6 trillion.

Operating expenses increased seven percent to ₱25.8 billion in the first semester mainly because of technology investments to bolster its on-going digital initiatives.

Property development revenues were flat at ₱34.1 billion in the first semester as a result of strong take-up for commercial lots which cushioned lower residential and office for sale bookings.

On the other hand, sales reservations for its residential offerings marked its fourth consecutive quarter of growth, expanding two percent to ₱49.3 billion in the first half.

Commercial leasing revenues registered a 54 percent growth to ₱14.6 billion in the first semester as it benefitted from improved mobility and the country’s reopening.

Globe’s net income increased 51 percent to ₱19.7 billion in the first half of 2022 due to higher service revenues from its data services, improving contributions from its non-telco services, and the ₱8.5 billion net gain from the partial sale of its data center business in the first quarter.

Total service revenues grew five percent to an all-time high ₱78.9 billion in the first semester, led by data-related services that were augmented by increased contributions from its non-telco services.

Growth in data in the first half was led by Globe’s mobile and corporate data categories.

Globe’s strong commitment to deliver fiber technology to more homes in the country resulted to fiber revenues to increase 135 percent and fiber subscribers to grow 102 percent in the first half of the year.

EBITDA increased eight percent to ₱40.5 billion in the first six months on the back of topline improvement vis-à-vis a slight increase in operating expenses and subsidy.

Capital expenditures increased 17 percent to ₱50.5 billion in the first semester, representing 64 percent of gross service revenues and 125 percent of EBITDA. Moreover, 84 percent of the investment went to data-related requirements.

In July, Globe, Salud Interactiva S.A DE C.V., and AC Health announced a reorganization that combines three market-leading telehealth applications, KonsultaMD, HealthNow, and AIDE, in one superapp with a vision to uplift the healthcare journey of every Filipino and create the country’s largest healthtech play. Teleconsultation services in KonsultaMD, medicine deliveries in HealthNow, and laboratory testing and home care services from AIDE will be rolled into the new KonsultaMD. The full service superapp aims to leverage the companies’ existing user base of over two million patron and targets to go live by the first quarter of 2023.

In August, Globe’s Board of Directors approved its milestone initiative to sell over 7,000 towers, which have been grouped into three unique portfolios. Globe has entered into Exclusivity Agreements with three tower companies, each of which have been assigned a unique portfolio. Upon completion, this transaction will represent the largest ever tower sale and leaseback deal in the country.

ACEN’s net income decreased 19 percent to ₱2.2 billion in the first semester of 2022. Strong results in the second quarter softened the impact of the events in the previous period, which reflected higher cost of purchased power during a major preventive maintenance outage at SLTEC, curtailment related to Typhoon Odette, and a one-time buyout expense related to a customer contract.

Consolidated revenues grew 19 percent to ₱16 billion on the back of new operating capacity as well as excess capacity that benefitted from high WESM prices.

Total attributable output increased 11 percent to 2,482 gigawatt-hours due to increased operating capacity from wind farms in Vietnam and solar projects in India, which offset the impact of thermal outages in the first quarter.

ACEN currently has close to 4 GW of attributable capacity (pro forma) across five countries in the Asia-Pacific region, of which 87 percent is renewable. The company announced in August that its Board of Directors, through its Executive Committee, approved its corporate vision and strategy targeting 20 GW of attributable renewables capacity by 2030. This represents six times growth from 3.4 GW of renewables capacity today, or a 25 percent compounded annual growth rate at the end of the decade. ACEN currently has 18 GW of projects across the region in its pipeline, which will help with the achievement of its 2030 goal.

In July, ACEN approved the divestment of all its shares in its wholly-owned subsidiary, South Luzon Thermal Energy Corporation, through a pioneering energy transition mechanism transaction in the Philippines. Subject to regulatory approvals, shares of SLTEC will be acquired by ETM Philippines Holdings, Inc. and The Insular Life Assurance Company for an aggregate value of ₱3.7 billion, which will be reinvested by ACEN in renewable energy projects. This is the second tranche of the energy transaction mechanism, which follows an earlier ₱3.5 billion return of capital to ACEN, following the refinancing of SLTEC’s loan. EPHI is a special purpose vehicle that allows financial investors to invest in energy transition by accelerating the retirement of coal-fired power plants, and to fund the development of new clean energy technologies. The transaction solidifies ACEN’s path towards transitioning the 244MW SLTEC to cleaner technology by 2024, which is 15 years earlier than the end of the plant’s technical life.

Loan-to-value ratio, the ratio of its parent net debt (excluding the fixed-for-life perpetuals which have no maturity) to the total value of its assets, was at 9.2 percent. 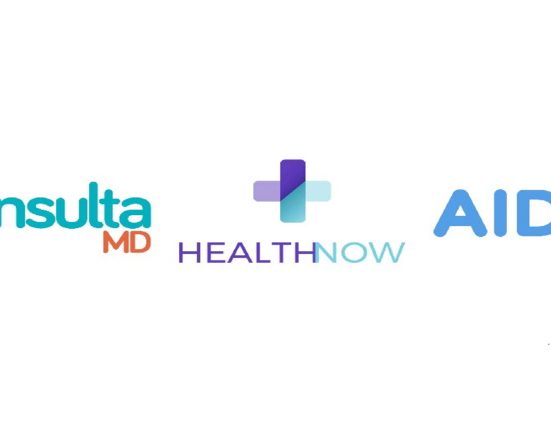